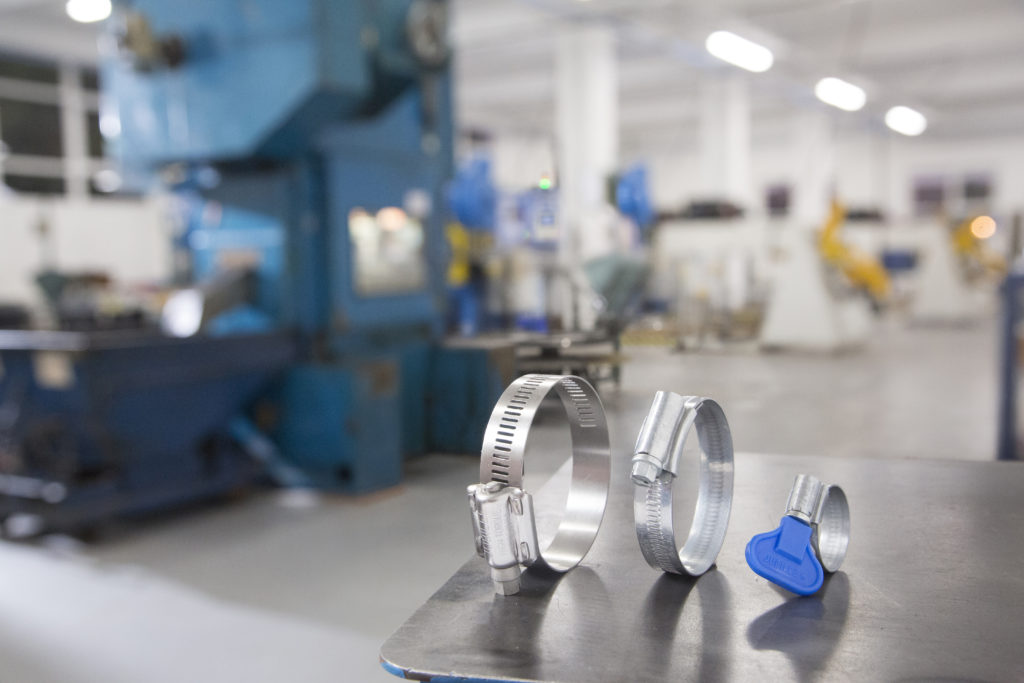 Due to significant expansion of the business in recent years, Jubilee clips has now moved part of its production back into a factory building that has been dormant for over a decade.

During 2006, Jubilee® Clips acquired a new site by the river Medway in Gillingham, able to accommodate all manufacturing and technical facilities of the group in a single location for the first time since the company was founded in 1921. In the years since the move to the new site, Jubilee® managed to sell the majority of its old buildings, but held on to the Jezreels Tower Works site on the A2 in Gillingham, always mindful that the large building may be useful again sometime in the future.

With demand constantly on the rise as well as Jubilee® continuously investing in modern production machinery over the past 10 years, the current site became restrictive and the decision was made to revive the old factory site, which is steeped in history. The building was built on the site of the Jezreel’s Temple, the former place of worship of the Jezreelites, which was demolished in 1961. The current Jezreels Tower Works was initially used as an electro-plating works and was acquired by L Robinson and Company, the parent company Jubilee® Clips, in the late 1960s.
Over the past year, work has been carried out to modernise facilities on the inside and outside of the building to bring it up to standard of a 21st century manufacturing site.

By the beginning of 2019, most of Jubilee®’s heavy duty machinery was moved to the Jezreels Tower Works, leaving more space at the main Owens Way site to be filled with state of the art machinery to streamline its hose clip assembly process, as well as production machinery for new product lines. Jubilee Clip’s latest additions include 316 stainless steel Multiband and the Flexiband band and buckle system and plans on further growing its product range over the coming years.